So, what did we learn from the Monday morning JavaOne keynote?

Well, first of all, we learned that JavaFX isn’t dead. In fact, JavaFX 2.0 is alive and kicking, and not only that, but it’s flexible enough for you to toss it right into any of your existing Swing based applications, giving you the ability to use a hot new technology to update your old Swing applications. That should excite about two people.

JavaFX is a tough sell at the best of times, but eyes were rolling when the technology preview demonstrated a three dimensional Rubik’s Cube, something that anyone doing Java Applet development ten years ago was more than familiar with. 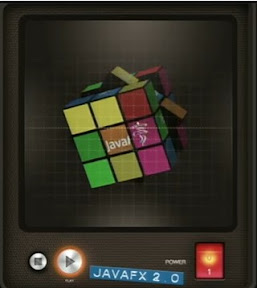 A Java applet based Rubik's cube from ten years ago

Fortunately, the presentation took the technology up a notch by showing audio linked graphics updating multiple times a second, and a fully animated Duke mascot having his movements controlled in real-time by linking to an XBox Kinect type of graphics appliance that was tracking the motions of the presenter.

More interesting to TSS readers might have been Arun Gupta’s demonstration of GlassFish’s new features for deploying directly to the cloud, or more specifically, the Oracle Virtual Cloud.
The message here is that deploying your EAR file to a cloud service will be as seamless as deploying locally to a server. So, when you deploy your application, using the GlassFish interface, you have the ability to provision things such as data sources, mail services, databases, and all of the other various things your enterprise applications might need. 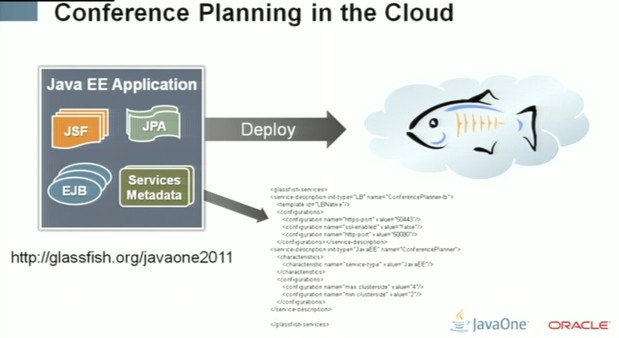 How exciting is this? For the most part, the interface for deploying to the cloud looks a heck of a lot like deploying to a typical application server, with perhaps the exception of being able to dynamically allocate how much memory your application uses, or how many servers should be provisioned. But of course, we’ve always had the ability to set up multiple clusters and choose the cluster to which our EAR would deploy. The tools are new, but their functionality falls more under the expected category as opposed to the earth-shattering category.

What might be most interesting to TSS readers is the discussion of what the powers that be are trying to shoehorn into Java 7. APIs falling into the ‘we are trying really hard’ category include:

Speaking for those who concurrently batch the cached state of their JSON objects, let’s hope they manage to get them all into the Java 7 spec. 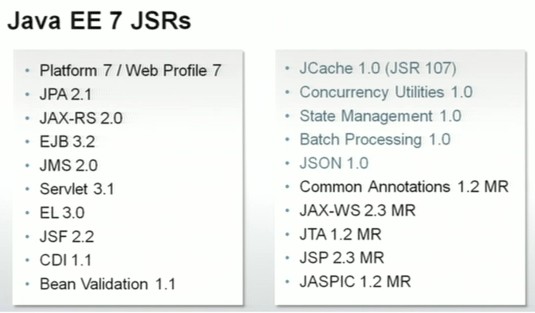