What did we learn from the Android Dev Summit that occurred last month in Mountain View, California? There was plenty for mobile developers to like, as Android Group Product Manager Stephanie Saad Cuthbertson spoke about upcoming improvements in Android Studio, the official tool for developing Android apps. The next release of Android Studio, version 2.0, promises to feature massively accelerated build and deployment speeds. 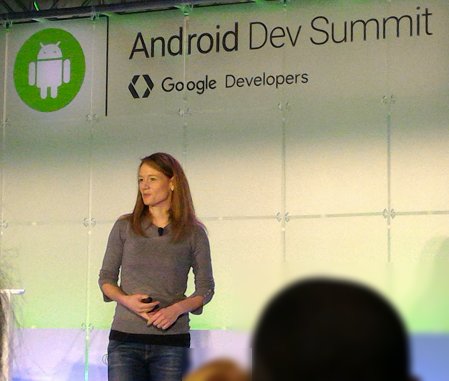 Cuthbertson's announcement of some new Android Studio features met with thunderous applause from the summit's 500 live attendees, with improvements to the emulator being especially noteworthy. Here's what developers can look forward to in terms of future Android emulation:

Accompanying, and perhaps trumping the announcement of a new emulator was the announcement of Instant Run for Android Studio. When a developer makes a change in an app's code, that change is deployed instantly to a running application. The developer doesn't have to restart the app in order to see the effects of the code changes. Best of all, this new Instant Run feature works on almost any emulator, on almost any device, and on versions of Android, right back to Ice Cream Sandwich, API Level 15.

With the announcements made at today's keynote, some major pain points for Android Developers will soon disappear. My big question, one that I plan explore when the preview release becomes available, is about launching the emulator. In my experience, launching Android's emulator is a hit-or-miss process. The emulator starts some of the time on some systems, but only if the emulator's memory settings are correctly configured. When the stars aren't properly aligned, the emulator either refuses to launch or stalls while launching. These Android emulator problems have been around for several years, and I hope that Google's team has addressed these issues.

What features would you like to see in the next version of Android Studio? Let us know.