And, only a few branches should be allowed to merge into master, namely the hotfix and releases branch. But, there are always exceptions to the rule. This tutorial will show developers an example of how to merge the GitLab master into another branch.

There are two acceptable ways with GitLab to merge the master branch into another. Which approach a developer chooses will depend whether the branch they want master to merge into is protected or not.

The remote GitLab branch to delete is name feature_fun.

In the current state of my GitLab repository, I haven’t observed many GitFlow best practices and as a result, it has left the unprotected fun_feature branch several commits behind the master. The first GitLab merge master into a branch will be into the fun_feature branch. We will perform this merge master entirely on the client side and won’t involve the GitLab GUI in the process.

The steps to merge master into any branch are:

A developer can use the following commands to merge master into any branch in GitLab:

In a previous GitLab tutorial, both the develop branch and the hotfix branch was merged into master. That sequence of events somewhat violates proper GitFlow rules, because those branches should’ve been merged into the release branch first. As a result, the release branch is out of sync with master. I can rectify this problem with a GitLab merge master into this branch. When the merge is complete, the release and master branch will be in sync. 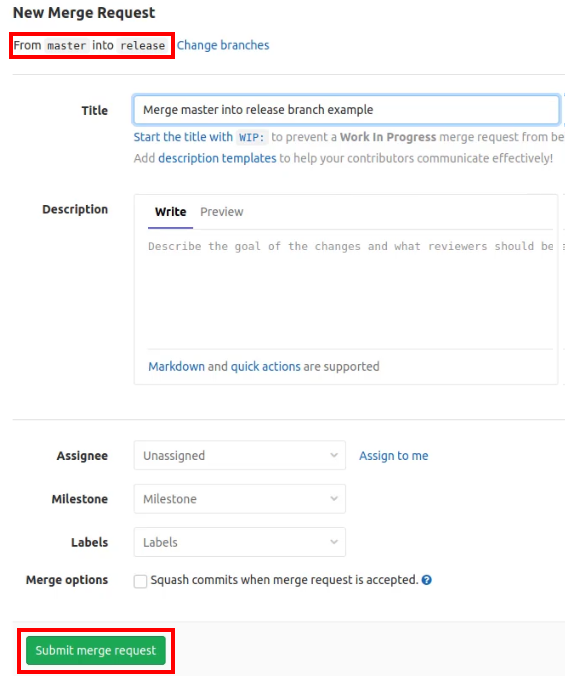 The merge request can be used to have GitLab merge master in a branch that is protected.