Steps to rename a GitHub repo

It’s not a task you will likely have to do often, but every once in a while the situation arises in which you must rename a Git repository. Here are the required steps to accomplish this task

One concern many users have is that the renaming of a GitHub repository will cause problems with Git clone, push, pull, and fetch operations, as the GitHub URL is changed, and that often leads to a repository not found error. 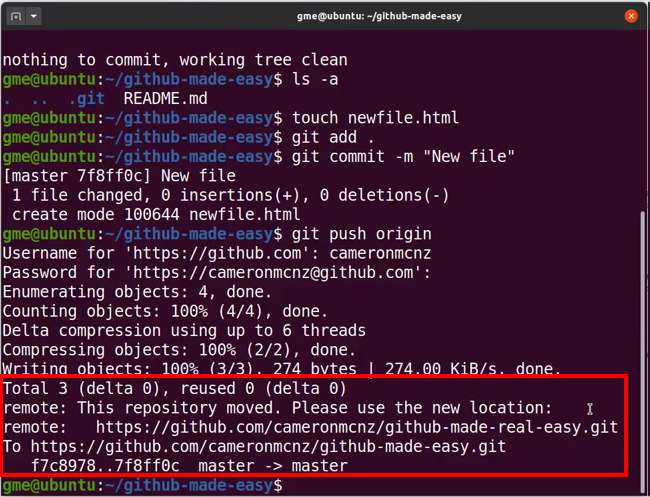 GitHub repository moved message after the repo is renamed.

Fortunately, the GitHub team has you covered in this regard. If any users perform a Git push or pull with the old Git URL, the server will perform a redirect while instructing the developer to update their remote Git references. So even though the Git repository URL changed, when you rename the GitHub repo, it won’t negatively impact users on the DevOps team.