If you were to look at the features in Java 17, the most recent long-term support (LTS) release from Oracle, you’d probably be disappointed. There’s only 14 JDK enhancement proposals (JEP) included in the release, and none of them are particularly exciting. In fact, some of the JEPs are downright depressing, such as the deprecation of the Applet API for removal or the removal of the experimental AOT and JIT compilers.

There are no ‘big bang’ JDK releases anymore. In the past, there would be a highly anticipated feature such as Java modules or Lambda expressions that would delay a release until the feature was complete. The Java world doesn’t work like that anymore. Releases now happen every six months. If a feature is complete, it goes into the release. If not, it gets targeted to the next release. But a new release happens every six months, and feature enhancements happen incrementally over time. So if you want to know what’s new in the latest LTS release, you really need to look over the various changes that were made and enhancements that were added between Java 11 and 17. Starting with Java 12, here is a list of them:

Released in March of 2019, the big addition to the JDK in Java 12 was the Shenandoah, low-pause-time garbage collector designed to improve performance and reduce stop-the-world events at runtime.

Java 13 only included 5 enhancements, although the text blocks preview was widely anticipated and extensively discussed in the community. It’s a feature that is quite simple on the surface, but creates untold problems with its implementation. 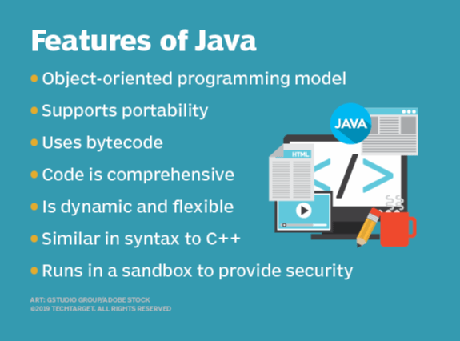 There are many reasons why the JDK 17 LTS release should generate excitement in the Java community.

Java 14 was noteworthy for it’s preview introduction of Records as a new Java type. The last time a new Java type was introduced into the language was the Enum in Java 5.

Event streaming to provide real time monitoring with the Java Flight Recorder, along with ZGC enhancements to improve garbage collection are other noteworthy enhancements included in this release.

Java 15 officially included the Java text blocks feature, while improvements continued to be made to the ZGC and Shenandoah garbage collectors. Here are the various features added in JDK 15:

Java 16 was the GitHub release, where the move was made to host the OpenJDK Community’s Git repositories on GitHub.

And finally, here are the enhancements made to the latest, Java LTS release:

As you can see, the Java 17 release itself is somewhat underwhelming in terms of features. But when you look at the aggregation of all of the incremental updates between Java 11 and Java 17 LTS releases, you see an impressive set of improvements to performance, syntax, APIs and community support.

If you get a chance, download and install Java 17 and check out all the new features this new LTS release provides. You’ll be impressed by how much Java has matured since the 2018 release of Java 11.