Although Barry Burd may not be developing software on his recently acquired OnePlus 2 Android smartphone, he is reviewing it for TheServerSide in a three-part series. This is part two, which looks at the phone's hardware. Part one provides an overview of the device and a short history of how the OnePlus 2 mobile phone found itself into Burd's hands. Part three covers the software and wraps up the series with an overall review.

The OnePlus 2 mobile phone is solid. It's not one of those fragile cheapies. Some people's egos rely on having luxury cars. Other people identify strongly with their fashionable clothing. I drive a modestly priced car and I wear whatever has pockets without holes in them. So, instead of focusing on automobiles or clothes, my ego rests on carrying a phone with a high-quality, durable feel. In this regard, the OnePlus 2 serves me well.

The OnePlus 2 mobile phone has several hardware buttons. The power and the volume up/down buttons aren't newsworthy, but the Alert Slider button on the side of the phone is interesting. The Alert Slider has three stops: No interruptions, Priority interruptions only, and All notifications. These correspond to Android Lollipop's three notification settings: 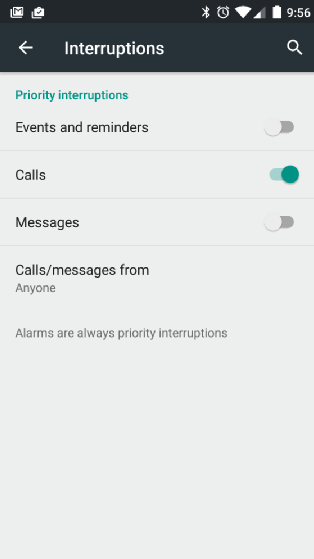 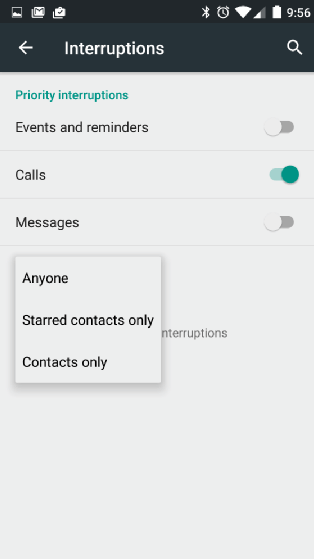 The amount of resistance on the Alert Slider feels just right. When you want to slide from stop to stop, it's easy to do so. But you'll never slide the button by accident.

By sliding this button, you can silence your phone without removing it from your pocket. I suppose that, in some social settings, this feature is handy. What's missing is an easy way to silence the phone but still have it vibrate for incoming calls. I've seen Web posts describing ways to customize the Alert Slider for vibration only, but each way involves a bit of tinkering, and I haven't tried them yet.

The fingerprint reader is handy in some surprising ways. With other phones, waking up the phone is a two-step process: press a power button and then slide something on the screen. But when you scan your fingerprint on a OnePlus 2 mobile phone, the phone turns on the screen and unlocks the device all in one step. I sometimes unintentionally make calls on other phones because button pressing and swiping are such simple motions. On a OnePlus 2 mobile phone, unintentional calling isn't a worry because my pocket never accidentally contains anything that mimics my fingerprint.

If you want, you can wake up the OnePlus 2 by drawing a gesture on the unlit screen. Figure 3 shows these gesture options. 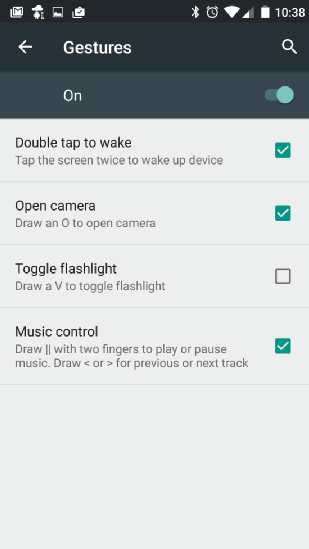 Figure 3. Gesture options for waking up the OnePlus 2. (Click to view larger)

You can't remove the OnePlus 2 mobile phone's battery without tools and a bit of hardware chutzpa. This is a drawback for more than one reason. In many instances, the battery is a phone's Achilles' heel. Long before any other hardware goes bad, the battery starts to weaken. Eventually, you can't get through a whole day without a charge. At that point, you want to pop out the aging battery and pop in a new one. And occasionally, when a phone's operating system becomes hopelessly confused, you might turn off the phone by removing the battery. But with the OnePlus 2 phone's sealed battery, you don't have these options. You have to dig into the phone's works with a screwdriver or send the phone out for professional repairs.

While I'm on the subject of things that aren't removable, I should mention the phone's SD card. When I bought the OnePlus 2, I made sure to buy the 64 GB version. The alternative 16 GB version, with no place to insert my own SD card, wouldn't pass muster.

I compared cameras side by side with my friend's Galaxy Note 4. His Galaxy Note had a noticeably brighter image, giving a first impression of a higher quality camera. But on closer scrutiny, the colors in the OnePlus 2 image were more faithful to the real-life scene. In all fairness, we didn't try adjusting either of the cameras' settings, and such things can make a big difference in image quality. We did notice that, while the Galaxy Note camera's image takes up the device's entire screen, the OnePlus 2 image stops several centimeters from the edge. If this OnePlus 2 feature bothers you, you can visit the Play store and install a third-party camera app.

The OnePlus 2 has no capacity for fast charging. This doesn't bother me. I plug my phone into the wall every night before I go to sleep. When I wake up in the morning, the phone is fully charged.

The biggest hardware fault of the OnePlus 2 might be the lack of Near Field Communication (NFC) support. I've never had much use for a phone's NFC, so I can't claim to feel pain from the lack of this feature. But mobile payments are becoming more and more common, and mobile payments rely on NFC. Maybe, at some time in the next year or two, I'll be seriously disadvantaged because I have to use a credit card, not my OnePlus 2, to make a payment. The jury is still out.