To install Java on Windows and run Java apps on Microsoft’s operating system, you need to obtain a copy of the Java Development Toolkit (JDK) installation media.

The JDK includes both a Java Runtime Environment (JRE) and a Java Virtual Machine (JVM). These are all you need to play games like Minecraft or run applications like NASA World Wind.

The JDK also includes a number of programming tools, like a compiler and a Java web server, for programmers who need to install Java on Windows.

The following prerequisites must be met to download and install Java on Windows:

Which Java distribution should I choose?

Many companies, including Oracle, Azul, Amazon and Microsoft provide their own Java installers, all of which are based on the open source OpenJDK project.

The easiest JDK to install is Eclipse’s Adoptium project (formerly AdoptOpenJDK). The Adoptium JDK has the most permissive, open-source license, which is another reason why I recommend this JDK for anyone who is installing Java on Windows for the first time.

How to install Java on Windows

Follow these five steps to setup and install Java on Windows:

You can download the latest, recommended Java release directly from the Eclipse Adoptium homepage. At the time of writing, that’s Java 17.

Adoptium’s Java download is packaged as an .msi file that is just over 160 MB in size. 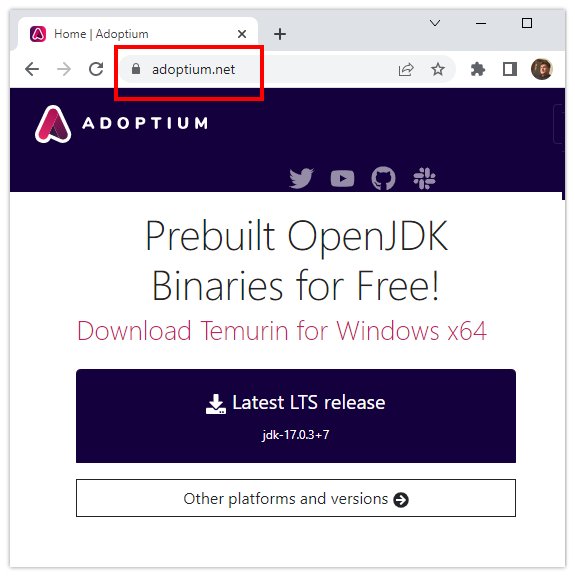 To install Java on Windows, you must first download the JDK.

The Java installation wizards allows you to customize the JDK install in five different ways. You can choose:

On a Windows computer with 1 GB of free memory, an SSD hard drive and an i5 CPU, the Java install wizard completes the setup in less than a minute. 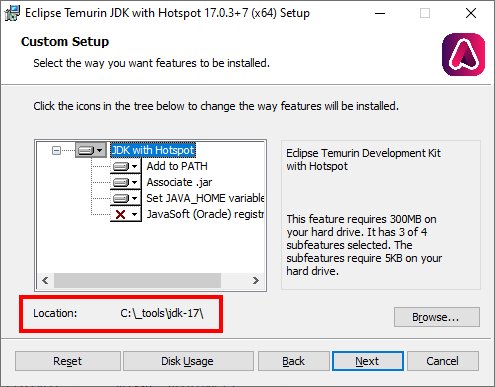 When you setup Java on Windows, change the installation folder and choose to set JAVA_HOME.

Where to install Java on Windows?

By default, Java installs into a subdirectory of C:\Program Files. The space between the words Program and Files can sometimes cause errors in scripts, which is why I recommend against installing Java in this folder.

Instead, I recommended that the Java install directory be changed to something like:

When the installer configures the Java PATH environment variable, all of the utilities that are part of the JDK can be invoked by name in a DOS prompt or in PowerShell.

This makes it very easy for developers to use JDK tools including the Java compiler and the Java Shell. That’s why it is highly recommended to allow the install wizard to configure the Java Path.

When programs such as Minecraft or Tomcat run on Java, they query Windows for the JAVA_HOME environment variable to find out where Java is installed.

As with the Java PATH, it is recommended to allow the Java install wizard to configure the JAVA_HOME environment variable for you.

Follow these steps to setup Java on Windows and validate the install.

Use either PowerShell or the Windows Command Prompt to verify that the JAVA_HOME environment variable was set correctly.

To echo the JAVA_HOME variable in the command prompt, issue the following command:

The command to echo JAVA_HOME in Windows Powershell is as follows:

Regardless of whether you echo JAVA_HOME with Powershell or the DOS Prompt, the output should be the root folder into which you installed Java. 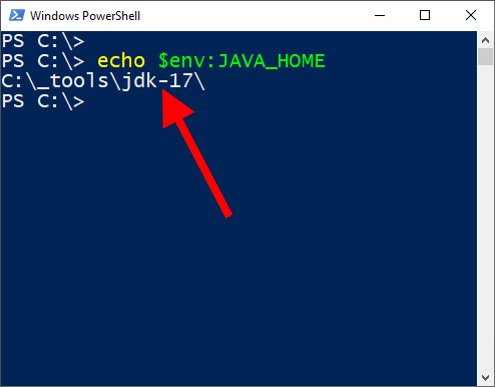 The command to echo JAVA_HOME in Microsoft PowerShell uses the $env notation.

After validation of JAVA_HOME, Java’s PATH setting should be confirmed.

As with JAVA_HOME, the Windows PATH setting can be echoed at the command line. Issue the following command to view the PATH in a command prompt:

The following commands outputs the Windows PATH in PowerShell:

If the full path to the bin folder of the JDK install is listed, then the Windows PATH for Java has been configured correctly.

The final step to confirm the Java install on Windows was a success is to actually run a Java command and see if it works.

The easiest way to do this is to ask the JDK which version of Java is installed. In PowerShell it looks like this:

As you can see, we have successfully setup and installed Java 17 on Windows. 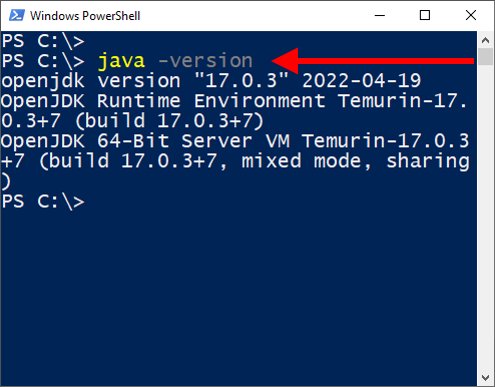 To run Java apps on Windows 10, install the JDK and set JAVA_HOME.

And that’s how easy it is to install Java on Windows.

All there is left to do is run applications like Minecraft or Tomcat on the JRE, and consider updating the JDK when a new LTS release of Java arrives.