How to fix JAVA_HOME errors

There’s nothing worse than installing your favorite Java-based application — such as Minecraft, Maven, Jenkins or Apache Pig — only to run into a JAVA_HOME is set to an invalid directory or a JAVA_HOME is not defined correctly error as soon as you boot up the program.

Well, there’s no need to fret. Here’s how to fix the most common JAVA_HOME errors.

How to fix JAVA_HOME not found errors

For example, one of the most common JAVA_HOME configuration problems arises from the fact that the environment variable has never actually been set up. Such a scenario tends to trigger the following error messages:

How do you fix the JAVA_HOME not found problem? 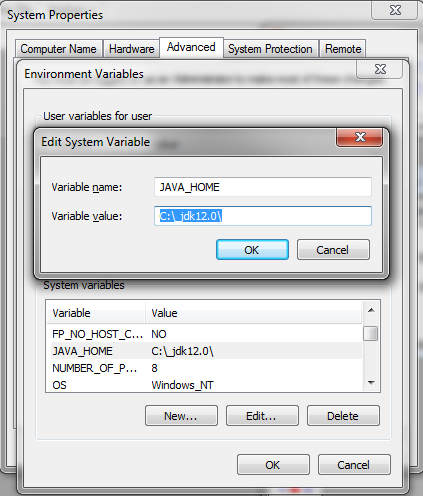 As mentioned above, the JAVA_HOME variable must point to the installation root of a JDK, which means a JDK must actually be installed. If one isn’t, then you better hop to it and get that done.

The JAVA_HOME is set to an invalid directory fix

The next most common JAVA_HOME error message is JAVA_HOME is set to an invalid directory. The error message is delightfully helpful, because it tells you in no uncertain terms the environment variable does in fact exist. And, it also tells you it’s not pointing to the right place, which is helpful as well. All you need to do to fix this error is edit the JAVA_HOME variable and point it to the correct directory.

An easy way to see the actual value associated with the JAVA_HOME variable is to simply echo its value on the command line. In Windows, write:

On an Ubuntu, Mac or Linux machine, the command uses a dollar sign instead of percentages:

How to find JAVA_HOME in Mac or Ubuntu Linux computers.

One very common developer mistake that leads to the JAVA_HOME is set to an invalid directory error is pointing JAVA_HOME to the \bin sub-directory of the JDK installation. That’s the directory you use to configure the Windows PATH, but it is wrong, wrong, wrong when you set JAVA_HOME. If you point JAVA_HOME at the bin directory, you’ll need to fix that.

This misconfiguration also manifests itself with the following error messages:

Other things that might trigger this error include spelling mistakes or case sensitivity errors. If the JAVA_HOME variable is set as java_home, JAVAHOME or Java_Home, a Unix, Linux or Ubuntu script will have a hard time finding it. The same thing goes for the value attached to the JAVA_HOME variable.

The JAVA_HOME does not point to the JDK error

One of the most frustrating JAVA_HOME errors is JAVA_HOME does not point to the JDK.

Here’s a little bit of background on this one.

When you download a JDK distribution, some vendors include a Java Runtime Environment (JRE) as well. And when the JAVA_HOME environment variable gets set, some people point it at the JRE installation folder and not the JDK installation folder. When this happens, we see errors such as:

To fix this issue,  see if you have both a JRE and JDK installed locally. If you do, ensure that the JAVA_HOME variable is not pointing at the JRE.

After you’ve downloaded and installed the JDK, sometimes another problem can plague developers. If you already have programs that installed their own version of the JDK, those programs could have added a reference to that specific JDK in the Linux or Windows PATH setting. Some programs will run Java using the program’s availability through the PATH first, and JAVA_HOME second. If another program has installed a JRE and put that JRE’s \bin directory on the PATH, your JAVA_HOME efforts may all be for naught.

However, you can address this issue. First, check the Ubuntu or Windows PATH variable and look to see if any other JRE or JDK directory has been added to it. You might be surprised to find out that IBM or Oracle has at some prior time performed an install without your knowledge. If that’s the case, remove the reference to it from the PATH, add your own JDK’s \bin directory in there, and restart any open command windows. Hopefully that will solve the issue.

Of course, there is never any end to the configurations or settings that can trigger JAVA_HOME errors. If you’ve found any creative solutions not mentioned here, please add your expert insights to the comments.