How to configure Nginx as a load balancer

To setup Nginx as a load balancer for backend servers, follow these steps:

Which Nginx config file should I edit?

As your Nginx configuration grows, this will require changes to the file in which the upstream element and the proxy_pass location setting must be configured.

For this Nginx load balancer example, we will edit the file named default which is in the /etc/nginx/sites-available folder.

How do I use the Nginx upstream setting?

All of the backend servers that work together in a cluster to support a single application or microservice should be listed together in an Nginx upstream block.

In our example, two localhost servers run on separate ports. Each is listed as a server that is part of the Nginx upstream set named samplecluster:

Is the load balancer also a reverse proxy?

The Nginx load balancer will also act as a reverse proxy.

To do this, Nginx needs to know which URLs it should forward requests to the workload managed cluster. You must configure a location element with an Nginx proxy_pass entry in the default configuration file.

With this configuration, all requests to Nginx that include the /sample URL will be forwarded to one of the two application servers listed in the upstream element named samplecluster.

The Nginx load balancer settings will be written to the default file in the sites-available folder.

When the server restarts, Nginx sprays all requests with the /sample URL to the workload managed Apache Tomcat servers on the backend. 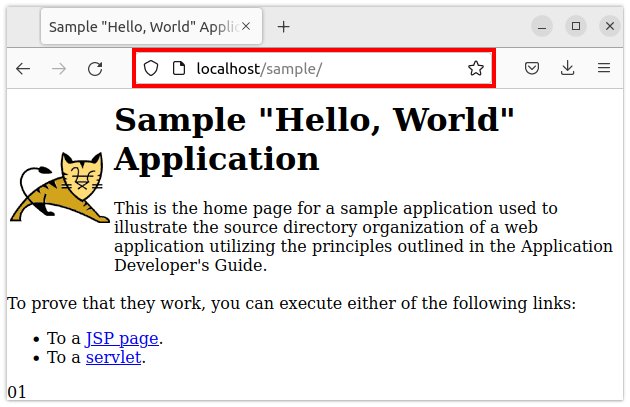 How do you weight to an Nginx load balanced server?

A common configuration to add to the Nginx load balancer is a weighting on individual servers.

If one server is more powerful than another, you should make it handle a larger number of requests. To do this, add a higher weighting to that server.

In this example, the server running on port 8080 will receive twice as many requests as the server on port 8090 since its weight setting is double its counterpart.

How do you implement stick sessions in Nginx?

Stateful applications rely on the fact that even in a highly clustered environment, the reverse proxy tries to send requests from a given client to the same backend server on each request-response cycle.

Nginx supports sticky sessions if the ip_hash element is added to the upstream cluster configuration:

How do you configure Nginx load balancers when a server that is offline?

If one of the upstream servers in an Nginx load balanced environment goes offline, it can be marked as down in the config file.

If an upstream server is marked as being down, the Nginx load balancer will not forward any requests to that server until the flag is removed.