First of all, I realize that the conference we all love isn’t called JavaOne anymore. It was renamed Oracle Code One to reflect the polyglot of languages that run on the JVM and are used to create modern, microservices-based applications. But if we want to lament the loss of San Francisco as the conference home, we may as well go back to complaining about the conference’s name change as well.

As has been widely reported, the San Francisco Travel Association (SFTA) sent an email to members on Monday, Dec. 9 that Oracle had decided to move its flagship, Oracle OpenWorld conference to Las Vegas’ Caesars Palace in 2020. Inevitably, Oracle Code One will be dragged along with it. 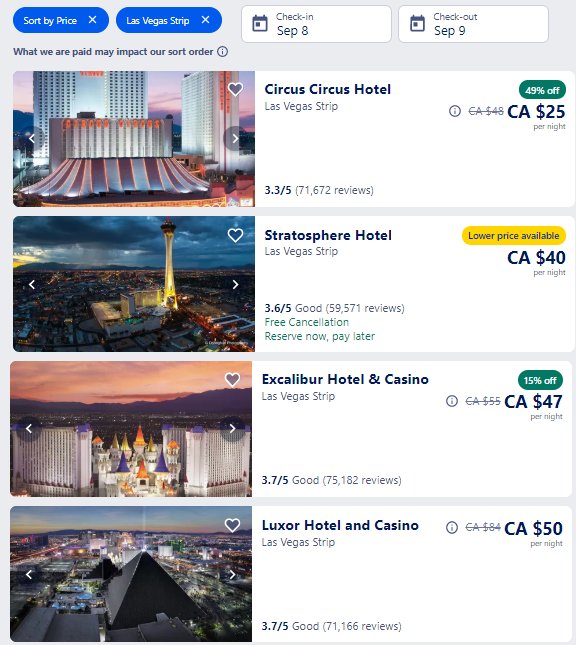 It’s not really a debate that San Francisco is the right city to host a tech conference. With San Jose, Palo Alto, Mountain View and Cupertino all a short commute away, it’s undeniable the amount of intellectual capital at one’s fingertips. But at the same time, San Francisco simply doesn’t have the infrastructure to support a conference boasting 60,000 attendees.

San Francisco is small. At just over 47 square miles, San Francisco is the smallest Alpha city in the western hemisphere. To put that into perspective, Denver International Airport is five square miles larger than the city. With a complete inability to accommodate the incoming guests, the Oracle OpenWorld lodging situation often leaves attendees with a bitter taste in their mouth.

Every year, TheServerSide posts an article about a month before the conference warning people not to leave their hotel bookings until the last minute. Hotels close to the JavaOne venue that normally go for $200 a night will be over $800 during the show. And even at those outrageous prices, those who do book one should consider themselves lucky they found a room at all.

Each year I’ve attended JavaOne/Oracle Code One, I booked my room early at the Motel 6 in San Francisco’s Tenderloin neighborhood because it’s the only reasonably priced place I can find. But the discounted hotels come with a price, namely the need to walk through the highest density of human street waste in North America. San Francisco’s Lombard Street and the Embarcadero are beautiful, but I wouldn’t want any of my loved ones staying in a cheap hotel off Mission Street.

The fact is, the move of what we once called JavaOne to Las Vegas solves the conference’s biggest problem: the outrageous expense and inability to properly accommodate attendees. For the high rollers who want to spend $1000 a night on a hotel room, those are obviously available in Vegas, but so are the $47 a night rooms at the Excalibur.

Vegas is what it is. It’s not a world-class Alpha city like San Francisco. Plenty of people will enjoy Nevada, but nobody will fall in love with Sin City in the same way they fall in love with the history and charm of the Bay Area.

In terms of adequately hosting a conference in which 60,000 people attend? San Francisco wasn’t the right choice. Hosting Oracle Code One in Las Vegas shows that Oracle has 2020 vision.