If you work in a Unix based environment, you need a firm understanding of how chmod numbers work.

For example, you need to know that 777 is a very dangerous permission to provide; 664 is a good mode change for the html directory on an Apache web server; and a chmode number of 898 makes no sense whatsoever.

Admins can assign any combination of three permissions to all files and folders in a Unix based system: read (r), write (w) and execute (x). If you query your rights to a file on Unix, you might see one of these as a result:

Clever that they are, Unix administrators figured that if each of those three permissions were assigned a numeric value, the various combinations of read, write and execute permissions could be expressed as a single digit. Simply assign execute the value 1, write the value 2, and read the value 4. Then add the user’s rights together and you’ll end up with a unique digit between zero and 7.

Here are a few examples of how chmod (change mode) numbers work when permission values are added together:

Here’s a complete table of chmod numbers, along with how to calculate the sum.

The need to map a file or folder permission may seem overcomplicated at first, but it becomes natural and conversational once you get used to it.

In practice, you usually see chmod numbers expressed in triplets such as 762 or 777. That’s because every file and folder in Linux has three different permissions associated:

So, if you see a 762 permission assigned to a folder, that means the user who created the folder has full control, members of that user’s group have read and write permissions, and everyone else has read access. This is a permission often assigned to the uploads folder of a web server such as Nginx.

Here’s another way to think about chmod permissions. With a 762 chmod number:

A chmod number to avoid

In some circles, three sevens are a lucky combination. But Unix admins avoid the 777 chmod permission number, as it gives even anonymous users the right to execute programs in any folder they can see. This opens up your server to malware, ransomware and other nefarious attack vectors. It’s also a risk for users to unknowingly edit or execute files that they shouldn’t be allowed to touch.

Software integration problems are often difficult to troubleshoot, especially if there is confusion about the rights assigned to users and groups who attempt to access a given resource. To discount this permissions problem, new admins may be tempted to recursively assign the 777 chmod number to a directory and all of its contents. 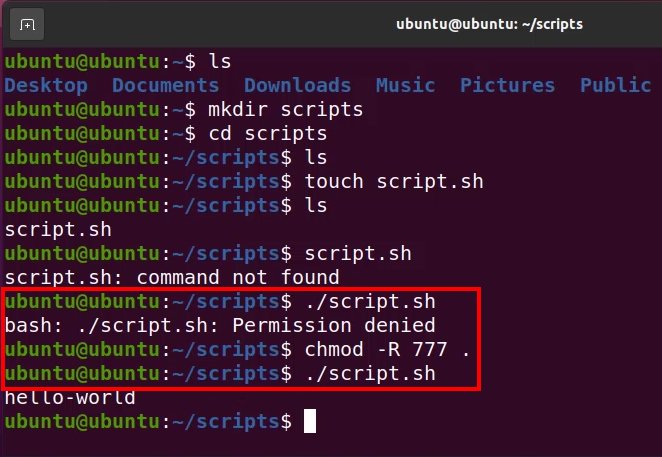 Use of the 777 chmod number typically violates the principle of least privilege. 777 should normally be avoided.

Unfortunately, if the 777 chmod number change doesn’t work, an admin may attempt other troubleshooting tasks and forget to revert the folder to its original permissions. Failure to do that not only puts the system at risk, but it could also cause the system to fail a security or compliance audit. As a rule, sys admins should never to assign 777 rights to a folder. Always observe the principle of least privilege, even when troubleshooting problems.

The Unix command line can be intimidating at first, and initially chmod numbers seem unnecessarily confusing. But once you understand how chmod numbers work, it will all start to make sense and greatly increase your comfort level with assigning permissions using chmod triplets.